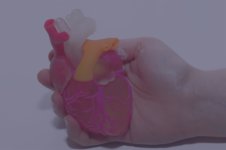 The technology behind 3D printing has been around for over 3 decades. Over time, advances in this field have increased exponentially to include advantages in manufacturing and materials. Fast forward to today, the 3D printing industry and methodologies have matured to become an intriguing prospect to the market, even at a consumer level – generating products that are nothing short of ground breaking. Let’s take a deeper look into this exciting technology.

WHAT IS 3D PRINTING?

Some of the most common types of 3D printing are PolyJet, Stereolithography, Fused Deposition Modeling, Selective Laser Melting (Metal Printing), Selective Laser Sintering, and Binder Jetting. Using an additive process, a 3D object is produced from scratch by laying down successive layers of material. Each of these layers is a thinly sliced horizontal cross-section of the eventual object, formed with a computer controlled arm until the object has taken its final form.

Currently, PolyJet is the most precise 3D printing technology for objects with finer details and smooth surfaces. PolyJet is also currently the fasted 3D technology that is commercially available. Stereolithography also produces very accurate objects with smooth surfaces and is usually used for making highly detailed 3D sculptures such as jewellery moulds, and mechanical prototypes. Fused Deposition Modelling is the cheapest 3D printing technology in the market today and is therefore the most common for small-scale desktop 3D printing. Selective Laser Melting is one of the most common methods in metal 3D printing. It can be used with metals such as steel, titanium, aluminium, cobalt-chrome and nickel. The Selective Laser Sintering method can be used for both plastics and metals. It is the only 3D printing process where an added support structure is not required, thereby offering the best design freedom for the user. Binder Jetting is used only for industrial printing and it is commonly utilised in the creation of complex architectural scale models.

PROMINENT USE CASES OF 3D PRINTING

The automotive industry uses 3D printing extensively to build prototypes as well as finished car parts. Doctors and dentists use this additive process to create hearing aids, prosthetics, braces, dental aids, and more. Companies that manufacture airplanes use 3D printing for various aircraft parts, such as fuel nozzles. 3D printing has also crossed new frontiers in the aerospace industry with the likes of Elon Musk using the manufacturing process within his space company, SpaceX. Small businesses that design products for consumers, such as art, jewellery and decoration successfully use 3D printing to create small batches of items in a convenient and cost effective manner. Creating architectural and engineering prototypes and models is now done easily with 3D printing. Even shoe manufacturers have jumped on the 3D printing bandwagon, creating shoe soles that are customized to the end user.

WHAT ARE THE GOOD AND THE NOT SO GOOD FEATURES OF 3D PRINTING?

The technologies behind 3D printing have been consistently evolving. However the developments have not been without their shortcomings; especially when compared to traditional manufacturing. Below, we dive deeper into some of 3D printing’s advantages and potential drawbacks:

We have learned about the growth of the 3D printing industry and its flexibility over a variety of use case scenarios. It is no wonder that this technology is increasingly being used across the majority of industries, both commercial and private. Its use cases are increasing substantially every year. The key drivers are lowered costs, flexibility, sustainability, and reduced waste.

It is evident to us that the use case scenarios for 3D printing will continue to grow through innovation and increased demand. We believe that this industry is one to definitely keep an eye on – the technology will continue to disrupt traditional manufacturing and bring to life designs which were never previously thought possible.

This is a guest blog and may not represent the views of Eroe Consulting. Please see Eroeconsulting.com/terms-and-condition for more details.